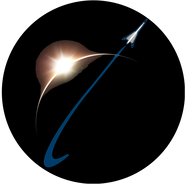 The Fixed-Wing Division was founded in 2012. Their goal is to design, build, and fly RC fixed-wing aircraft. Over the years, the division has competed in SAE Aero Design. This competition requires teams to build a heavy-lift aircraft capable of carrying tennis ball "passengers" that each have 1/2 lb weight "luggage".
​
AM1
Built in 2012-2013 school year, AM1 was the first plane the Aero Mavericks Fixed-Wing Division built.
AM2
Build in the 2013-2014 school year, AM2 was a vast improvement from AM1.
AM3
Built in the 2014-2015 school year, AM3 set out to improve AM2.
AM-18
After a few years hiatus, AM-18 was designed and built with the intention of competing in SAE Aero Design West. AM-18 had a successful competition flight and carried its full payload.
AM-19
The goal of AM-19 is to optimize the design of AM-18. Built to be lighter and capable of holding almost twice the weight of AM-18, AM-19 hopes to see its maiden flight in April 2019.